A recent EPA decision could signal a beginning of the end for the infamous 15% ethanol blend. 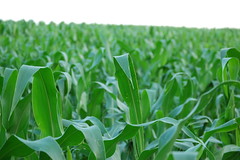 In 2007 George W. Bush signed into law the Renewable Fuels Standard (RFS) which mandated steadily increasing levels of biofuels be blended into the nation's fuel stock. But the mandated levels, based on predicted fuel consumption, became a problem as Americans drove less, more efficient vehicles came into the market and the fueling infrastructure hit the "blend wall" — meaning the equipment in use may not be tolerant of gasoline blended with more than 10% ethanol.

So less gasoline is being sold, yet more ethanol must be added. Then in 2012 the EPA approved the sale of E15 (or gasoline with 15% ethanol) at the pump. This is the genesis of E15.

Most motorcyclists oppose any ethanol blend, let alone the idea of increasing it. Even the commonly available E10 blend is avoided by most riders. Stations offering "pure gas" are sought out by enthusiasts who want more BTUs for their bucks. So as pressure increases to maintain the mandated biofuel levels originally called for by the RFS, the possibility of raising the percentage became more and more real. Until last week.

The EPA has finally suggested modifying the levels originally suggested by Congress in the RFS. A refreshingly uncommon dose of reality. One downside is a push to make "blender pumps" more available to retailers. This is an effort to market higher blends- up to E85- in the marketplace. Another brght spot in all this is the fact that EPA has acknowledged corn-based ethanol is not the answer, and the development of cellulosic ethanol must be pursued.

The motorcycling community, along with owners of ATVs, lawn equipment, personal watercraft and others, have fought to stop the sale of E15 from the very beginning. But pleading to spare your personal equipment from fuel system damage might not be the most effective argument. Maybe a better tack would be to plead for the integrity of our nation's fueling infrastructure. All the pipelines, tanks, dispensers, sumps, bulk plants and refineries could be in jeopardy of damage with higher conventrations of ethanol. And after all, if that shuts down we're all screwed.